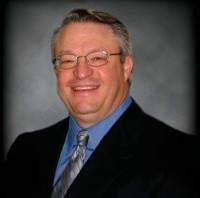 Dr. Sam Waldron is the academic dean of the Midwest Center for Theological Studies and professor of Systematic Theology. He is also one of the pastors of Heritage Baptist Church in Owensboro, KY. Dr. Waldron received a B.A. from Cornerstone University, an M.Div. from Trinity Ministerial Academy, a Th.M. from Grand Rapids Theological Seminary, and a Ph.D. from Southern Baptist Theological Seminary. From 1977 to 2001 he was a pastor of the Reformed Baptist Church of Grand Rapids, MI. Dr. Waldron is the author of numerous books including A Modern Exposition of the 1689 Baptist Confession of Faith, The End Times Made Simple, Baptist Roots in America, To Be Continued?, and MacArthur’s Millennial Manifesto: A Friendly Response. Dr. Waldron is a member of the Evangelical Theological Society.