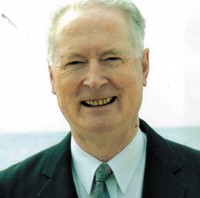 The 2014 Deep South Founders Conference gathered to proclaim the affirmations expressed by chapter 8 of the 1689 London Baptist Confession of Faith, which reads in part, “It pleased God, in His eternal purpose, to choose and ordain the Lord Jesus, his only begotten Son, according to the covenant made between them both, to be the mediator between God and man; the prophet, priest, and king; head and saviour of the church, the heir of all things, and judge of the world; unto whom he did from all eternity give a people to be his seed and to be by him in time redeemed, called, justified, sanctified, and glorified.”

Geoffrey Thomas has been the minister of Alfred Place Baptist Church in Aberystwyth, Wales, since 1965. He studied at Cardiff University (BA 1959) and received his M.Div from Westminster Theological Seminary, Philadelphia in 1964. In 2011 Westminster Seminary awarded him a Doctor of Divinity degree. Thomas frequently speaks at conferences throughout the world, and sits as Visiting Professor of Historical Theology at Puritan Reformed Theological Seminary, Grand Rapids, Michigan.

Thomas also has served as the chairman of the Grace Churches of England and Wales, and of the Association of Evangelical Churches of Wales, He currently serves as the Editor of The Banner of Truth website and the Associate Editor of The Banner of Truth magazine, His publishing includes scores of articles and several books, including The Holy Spirit, Daniel: Servant of God Under Four Kings, Philip and the Revival in Samaria and Ernest Reisinger: A Biography, as well as the booklet Reading the Bible.

Geoff and his wife Iola have two daughters who are married to deacons and a third who is a pastor’s wife. They have eight grandsons and one granddaughter.